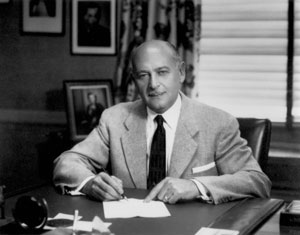 A History of the Classics

© 2004 by William B. Jones, Jr.
Author of Classics Illustrated: A Cultural History

Born in Baranovitch, Russia on April 11, 1897, Albert Kanter immigrated with his family to the United States in 1904. They settled in Nashua, New Hampshire. A constant reader, Kanter continued to educate himself after leaving high school at the age of sixteen. He worked as a traveling salesman for several years. In 1917, he married Rose Ehrenrich, and the couple lived in Savannah, Georgia, where they had three children, Henry (Hal), William, and Saralea.

They spent several years in Miami, Florida, but when the Great Depression ended his real estate venture there, Kanter moved his family to New York. He was employed by the Colonial Press and later by Elliott Publishing Company. During this period, Kanter also designed a popular appointment diary for doctors and dentists and created a toy telegraph set and a crystal radio set.

During the late 1930s and early 1940s, millions of youngsters thrilled to the exploits of the new comic-book superheroes. In 1940, Elliott Publishing Company began issuing repackaged pairs of remaindered comics, which sparked a concept in Kanter’s mind about a different kind of comic book. Kanter believed that he could use the same medium to introduce young readers to the world of great literature.

With the backing of two business partners, Kanter launched CLASSIC COMICS in October 1941 with issue No. 1, a comics-style adaptation of The Three Musketeers. From the beginning, the series stood apart from other comic-book lines. Each issue was devoted to a different literary work, such as Ivanhoe, Moby Dick, and A Tale of Two Cities, and featured a biography of the author and educational fillers. No outside advertising appeared on the covers or pages. And, instead of disappearing after a month on the newsstand, titles were reprinted on a regular basis and listed by number in each issue.

When the new publication outgrew the space it shared with Elliott in 1942, Kanter moved the operation and, under the Gilberton Company corporate name, CLASSIC COMICS entered a period of growing readership and increasing recognition as an educational tool. Kanter worked tirelessly to promote his product and protect its image. In 1947, a “newer, truer” name was given to the monthly series — CLASSICS ILLUSTRATED.

Soon, Kanter’s comic-book adaptations of works by Shakespeare, Stevenson, Twain, Verne, and other authors were being used in schools and endorsed by educators. The series was translated and distributed in numerous foreign countries, and the genial publisher was hailed abroad as “Papa Klassiker.” The U.S. CLASSICS ILLUSTRATED series would eventually feature 169 titles.

In 1953, Kanter sought to reach a younger readership with CLASSICS ILLUSTRATED JUNIOR. The first issue was Snow White and the Seven Dwarfs, released in October 1953. Eventually, seventy-seven titles would be published. CLASSICS ILLUSTRATED JUNIOR featured fairy tales (Cinderella), folk tales (Paul Bunyan), myths (The Golden Fleece), and children’s literature (The Wizard of Oz) in comic-book format. The series proved as successful as the parent line. At its peak, in 1960, the average monthly circulation was 262,000.